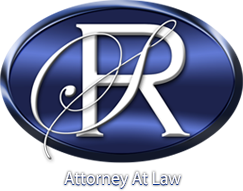 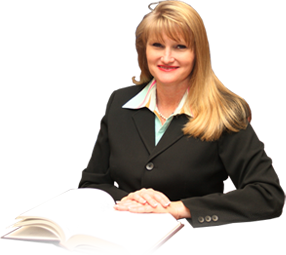 More serious than a DVI, being accused of a domestic violence crime in Florida is an extremely serious matter as well. Shelley Guy Reynolds has handled over a hundred such cases both as a defense attorney and a former prosecutor. The penalties for being convicted of Domestic Violence can be severe and have lifelong consequences. The consequences of a Domestic Violence charge can include, jail time, fines and financial costs. In addition, court records appearing in background checks can make it harder to gain employment and visibility in Clerk of Court record searches can be embarrassing. Worse, crimes of violence are exempt from record sealing or expungement.

occurred. In such cases, the officer is obligated to take whom he/she determines is the aggressor to jail. In our experience, we have seen many instances whereas the wrong party was arrested. Such as a father, not wishing the mother to go to jail leaving their babies.

There are many potential offenses and defenses in Domestic Violence actions as well as mitigating circumstances. These defenses require time to investigate and develop a solid case plan. For example; Are you involved in a divorce case whereas this action is unfounded and used to gain a tactical advantage in the divorce proceeding? When the police responded, they told you that someone had to be arrested and you elected that it would be you even though you were not the guilty party or aggressor? Was it self defense, did the other party strike the first blow? With regard to mitigating circumstances we might explore, our office might suggest domestic violence classes, anger management, therapy in lieu of jail time.

In some cases our office represents individuals where one spouse accuses another of domestic abuse or violence during their divorce. This is often used to gain a tactical advantage in child custody and other matters related to their proceedings. When domestic violence charges are brought during divorce, it is important for the accused to seek legal help as soon as possible. A conviction could seriously affect the outcome of a divorce settlement and visitation with the their children. Likewise, if you are in a divorce proceeding and you are a victim of domestic violence, you must seek help from a professional to protect your rights and help to ensure your safety.

Shelley Guy Reynolds is an experienced attorney in Domestic Violence matters. Our office works hard to protect our clients rights. If you have a domestic violence charge or involved in an injunction matter please call the Law Offices of Shelley Guy Reynolds at (850) 434-1330.

The information you obtain at this site is not, nor is it intended to be legal advice. You should consult an attorney for advice regarding your matter. We invite you to contact us and we welcome your calls, letters and electronic mail. Contacting us does not create an attorney-client relationship. Please do not send any confidential information to us until such time as an attorney-client relationship has been established.

The hiring of a lawyer is an important decision that should not be based solely upon advertisements.Before you decide, ask us to send you free written
information about our qualifications and experience.